The reason we started our business was for many reasons. We felt like there was an undeniable need for a business like ours. We feel like there are not many cheap Indian grocery stores online or any grocery store online in the UK that have a better price than supermarkets. But it is not only that we have started our business, the hygiene and quality of foods from supermarkets and stores are sometimes very appalling and the truth is for most of us this doesn’t cross our mind, but there are some disgusting truths about your favourite supermarket or store and to be honest, all you have to do is think about these things and it does make sense.

For example, most of us tend to use a shopping cart or basket when we go to our supermarkets and stores however if you only knew the number of germs and bacteria that are on the handles. They have numerous different bacteria A study of 85 different shopping carts showed that 72% of the handles contain coli bacteria ( an organism that is found in the poo of warm-blooded animals), very disgusting and shockingly these levels are higher than a public restroom! 75% of the germs were identified to be harmful. That is not the only disturbing fact about supermarkets and stores, In large groups of harmful bacteria were found on almost all surfaces at budget, large and small grocery stores. One of the most common bacteria types found on grocery store fridge doors is antibiotic-resistant. Most supermarkets had the highest germ count in the produce aisle, out of all places. So why nor purchase the same price as supermarkets but sanitised. 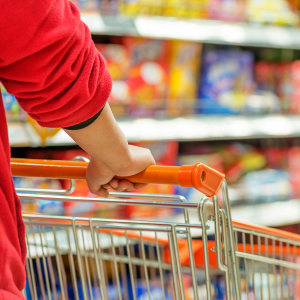 The produce aisle has some shocking facts too, Some ex supermarkets employees have said as soon as the groceries are offloaded from the trucks/van they hit the shelves straight away with minimal or no washing. This is a really unfortunate thing because they must face a lot of different chains of people they get to the supermarket and considering that may have pesticides and chemicals on them. And that is not considering that all customers handling all the produce checking if it is ripe add putting it back, and this is from children to adults doing this.

Some of the groceries that we see in the supermarkets aren’t as fresh as we think. For example, some Apples are few months to a year old farmers refer to the method of keeping the apples as “fresh” is called putting the apples to sleep, this is when you make the right storage conditions. But apples aren’t the only fruit that isn’t as fresh as it seems. Some more fruits and vegetables are put into storage by controlling the environment, different chemicals and preservatives, produced from lettuce, carrots, bananas and potatoes. 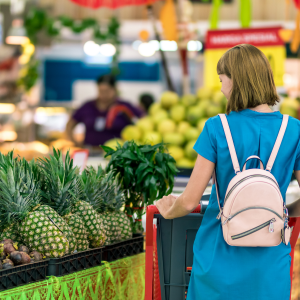 Even when it comes to canned goods the canned foods with their expiration date near will be put to the front and the new ones being at the back and anyone that has worked at supermarkets will know this. So that effectively means you are eating older produce.

The list can go on and this was all before covid19 and I personally haven’t seen change other than the wearing off masks. This is very alarming knowing that COVID19 can be on surfaces. So this is where we step in, We only supply and deliver fresh and great quality food, which we sanitise and our sanitisation method is chemical-free! So that means no unknown chemicals used to clean or make the groceries look appealing. We deliver Indian groceries in London and other areas as well as everyday groceries.

We are here to help you

We use cookies on our website to give you the most relevant experience by remembering your preferences and repeat visits. By clicking “Accept”, you consent to the use of ALL the cookies.
Cookie settingsACCEPT
Manage consent

This website uses cookies to improve your experience while you navigate through the website. Out of these, the cookies that are categorized as necessary are stored on your browser as they are essential for the working of basic functionalities of the website. We also use third-party cookies that help us analyze and understand how you use this website. These cookies will be stored in your browser only with your consent. You also have the option to opt-out of these cookies. But opting out of some of these cookies may affect your browsing experience.
Necessary Always Enabled

Any cookies that may not be particularly necessary for the website to function and is used specifically to collect user personal data via analytics, ads, other embedded contents are termed as non-necessary cookies. It is mandatory to procure user consent prior to running these cookies on your website.